[Note: This post discusses Mass Effect 3, including its story and ending.  While I’ve tried to ensure that I keep things spoiler-free, if you’re concerned about such things then you may wish to skip this post for now.]

Of all the things which have conspired to devour my time in recent weeks, Mass Effect 3 has been on top of the list by a wide margin.  If you’re reading this and don’t know what Mass Effect 3 is, then there’s a better than average chance that you’re my mom, in which case I love you dearly and will absolutely forgive you if you need me to explain what the hell I’m talking about next time I call you.  For the rest of my adoring readers, you know what ME3 is.  You may have even played it.  It’s the one with all the shooting, and the diplomacy, and the sentient bio-mechanical elder-god spaceships, remember?

In any case, this lovely little game has done a lovely job of consuming every last iota of my spare time for the past few weeks.  Thankfully, I finally beat it this last weekend.  This is something of a mixed blessing, however.  On the up side, I have a lot more free time now, and its even time when the Bioware writers aren’t yanking at my heartstrings like some kind of sadistic game of emotional tug o’ war.  On the downside, however, I’ve instead gotten to spend a sizable chunk of time reading all of the various reactions that people have posted about the game on the internet, the ones I’d previously been ducking like mad for fear of spoilers.  And boy howdy, are there a lot of reactions to be read. 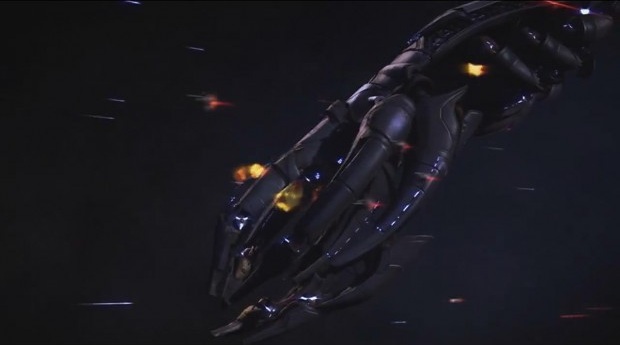 Reapers: You might never look at calamari the same way again.

See, there’s been a bit of a brouhaha winding its way around the internet about the game.  While it’s generally agreed that the vast majority of the game is excellent, there are an awful lot of people who believe that the game’s ending just isn’t up to snuff.  And I don’t mean that they think that it could have used a bit of polish before going out the door, either.  We’re talking reactions like “so terrible that it darkens my opinion of the entire series”.  We’re talking people forming online campaigns like “Retake Mass Effect” hoping to persuade the game’s creators to change the ending, with a charity drive to demonstrate how strongly they feel.  People are downright heated about this.

Now, I confess that my own opinion of the game’s ending wasn’t terribly high, but that’s not what I think is the interesting bit here.  I mean, it’s not like this is the first time that people have disappointed by the way a story ended.  It certainly isn’t the first time that a lot of people have felt that something sucks, either.  Remember the Matrix movies?  Oh, man, talk about a let-down with how those progressed.  There are all kinds of books, movies, and games galore that have disappointed people before, but I’d be hard-pressed to name any other story where people seem to have taken things so… personally. 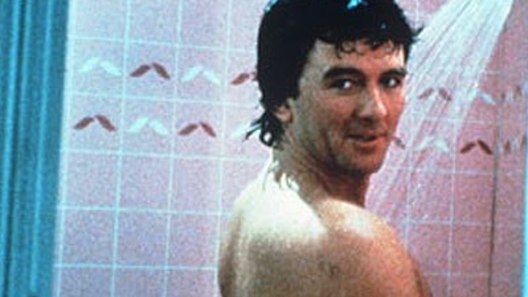 If you can remember back to TV in the mid-80s, you might understand.

So what’s different here?  Involvement.  One of the key features of the entire Mass Effect series, from the word go, has been that the player has a large measure of true choice in how the story unfolds.  It’s not quite an unprecedented feature, as any reader of Choose Your Own Adventure books can tell you, but it’s certainly the most far-reaching and ambitious attempt to yet hit the video game shelves.  This ability to make choices which profoundly impact the characters to whom you grow attached is huge.  They’re likeable, they’re three-dimensional, they’re well written.  And because of the choices that you the player make, they can change.  Maybe they find a measure of peace from their past demons.  Maybe they form relationships of their own because of your support.  And maybe they die, at your hand, another’s, or even their own.

This isn’t just an epic tale of heroism in the face of adversity, it’s stepping across the border into full-on collaborative storytelling.  Players aren’t just watching a story unfold before their eyes, they’re becoming actively engaged and making choices that drive the story forward.  This kind of involvement and collaboration is usually limited to tabletop role-playing games like Dungeons and Dragons, but with a plot of breadth and depth that few D&D Game Masters could match and a level of sensory detail that none could even dream of.  That’s why this stings so much and for so many.  They haven’t just been let down by a movie that they spent eight bucks and two hours to watch.  It’s a personal investment of choices and dreams that each of them feels is going up in smoke.  For them, being let down by the end of the Mass Effect series isn’t just a disappointment, it’s an invalidation of everything they’ve contributed to their version of the story.

Are the game’s creators under a moral obligation to change their work to better satisfy their players?  No, of course not.  Should they anyway?  I don’t really know.  Sometimes it’s best to leave old wounds behind.  The important part of this is that there are wounds in the first place, that a video game can become a vessel for a story in which people can make such a personal investment.  It’s a whole new frontier of story-telling.  I, for one, can’t wait to see where it leads.

This entry was posted in Gaming. Bookmark the permalink.